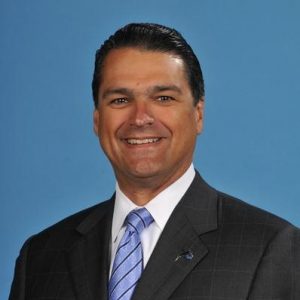 Alex Martins, who has spent 34 years in professional sports management and rejoined the Magic in June 2005, was promoted to chief executive officer on December 7, 2011. He previously served as president for more than one year and was the team’s chief operating officer from 2006-10. Martins also serves as CEO of SED Development, LLC, an affiliate of the Magic which is currently planning an entertainment mixed use development across Church Street from the Amway Center. Martins represents the Magic as the team’s alternate governor to the NBA Board of Governors, as well as managing partner of the Lakeland Magic, Orlando’s affiliate in the NBA G League. Martins is a member of the NBA’s Team Media Advisory Committee, Labor Relations Advisory Committee and Business & Basketball Committee, as well as having served on the NBA’s Season Restart Committee which has advised the league on the return to play from the COVID-19 hiatus.

Martins, who served in various senior-level management capacities with the Magic between 1989-98 and as the organization’s executive vice president of marketing and franchise relations in 2005-06, oversees all operations of the club, as well as those of the Orlando Solar Bears of the ECHL and the Lakeland Magic of the NBA G League.

During the past 15 years, Martins led the Magic in a transformation of its business operations, while overseeing a ticket sales, premium sales and corporate partnership effort which saw the most successful business year in the history of the franchise in the 2010-11 season. The transformation process received the recognition of the SportsBusiness Journal which named the Magic as a finalist for Professional Sports Team of the Year, the only NBA team to be named a finalist that year.

Similarly, Martins has spearheaded the transformation of the current Magic basketball operations department, with the hiring and management of the current basketball administration leadership. He is also currently overseeing the development staff for the construction of the Magic’s new, 130,000-square foot AdventHealth Training Facility, which is scheduled to be completed and open in late spring of 2022.

Included in the franchise’s success has been the largest season ticket base in franchise history in 2010-11 (14,200), the most successful corporate partnership sales effort in franchise history in 2020-21 and the highest group ticket sales in the NBA three of the last four years. Amongst these records is the largest increase in attendance in the NBA over the five-year period from 2010-15.

Martins was instrumental in helping to secure the state-of-the-art Amway Center in Orlando. The Amway Center is part of a public community venues program that also includes a new Performing Arts Center and a renovation of the Citrus Bowl Stadium. The new Amway Center opened in October 2010. The facility was named a finalist for the SportsBusiness Journal’s Sports Facility of the Year Award for two consecutive years and captured the award in 2012. Additionally, the Magic also contributed $20 million toward and constructed five community recreation centers throughout Orange County, Florida, as part of its commitment to build the new Amway Center. The Amway Center was also honored in 2013 with the Customer Experience Award during TheStadiumBusiness Awards presentation held in association with TheStadiumBusiness Summit in Manchester, England.

At the annual NBA Sales and Marketing Meetings, the Magic have regularly been recognized with several awards during the past decade including the “New Full Season Ticket Award” twice for being No. 1 in the NBA in new full season tickets sold, a “90 Percent Renewal Award” for being just one of five teams to achieve a 90 percent-or-higher season ticket renewal rate in 2007, a “Sponsorship Account Performance Award” for the extraordinary number of accounts secured by the global partnerships department and the “Retailer of the Year Award” twice, for the team’s retail sales performance. The team has also been awarded the NBA Sponsorship Retention Award in two of the last three seasons.

Martins originally joined the Magic as director of publicity/media relations in April 1989. In September of 1996, he was promoted to senior director of communications. He also previously served as the Chairman of the Board of the Magic Action Team Community Fund. The Magic Action Team Fund developed into the Orlando Magic Youth Foundation, which has distributed more than $26 million to local nonprofit organizations during the last 31 years, including more than $1 million last season. Additionally, Martins served on the developmental board of the DeVos Sport Business Management Program at the University of Central Florida. The program has been funded through a $9 million endowment by Rich and Helen DeVos and awards dual Masters degrees in Sport Management and Business Administration.

Martins currently serves as the Chair of the UCF Board of Trustees, as well as Chair of the Finance and Facilities Committee. He previously served as Vice Chair, as well as Chair of the Educational Programs Committee. Martins is also past chairman of the Metro Orlando Economic Development Commission and The Central Florida Partnership, as well as past chairman of the Orlando Community Construction Corporation, the entity responsible for the construction of the Dr. Phillips Center for the Performing Arts. He also has served on the board of directors of the Orlando/Orange County Convention & Visitors Bureau and the Central Florida Commission on Homeless. Martins also currently serves on the Central Florida board of directors for Seaside National Bank & Trust, and is the Chairman of the Governor’s Council of the Orlando Economic Partnership.

In April 2015, Martins received the James B. Greene Economic Development Award, which is the highest honor bestowed by the Orlando Economic Development Commission, and recognizes an individual whose work has contributed substantially to the economic prosperity of the region. In 2013, he was awarded the Charles Andrews Memorial Hospitality Award for Community Leadership by the Central Florida Hotel and Lodging Association. The award is CFHLA’s highest honor recognizing an individual’s achievements and contributions to the Central Florida hospitality industry as well as the community at large. Martins was also named to Florida Trend’s Florida 500 list, as well as Orlando Magazine’s 50 Most Powerful People of 2021.

Following the tragedy at Pulse nightclub in June 2016, Martins was chosen by the City of Orlando to Chair the board of directors for the largest fund for victims of the shooting, the city-sponsored OneOrlando fund.

Martins earned his MBA from the University of Central Florida, where he is a member of the College of Business Administration’s Hall of Fame and recipient of University’s Distinguished Alumnus Award.  He also serves on the Dean’s Executive Council for the College of Business Administration at UCF, and was honored with the opportunity to serve as Commencement Speaker at UCF in August 2008.

A native of Kearny, New Jersey, Martins earned a Bachelor of Science degree in business administration from Villanova, where he graduated from in 1986. He resides in Winter Park, Fla., with his wife, Juliet, and daughters, Sophia (17) and Gabrielle (15).